I wanted some coconut rum, but the alcohol content of Malibu means it’s basically coconut wine (now there’s an idea!) and it costs far too much. I’ve been wanting to do this for a while, but I’ve never been able to find coconuts. For some reason all the shops suddenly have coconuts now, so I went to Lidl and got a few for 39p each. I would have also picked up a bottle of Ron Blanco rum, but Lidl have decided to be massive shits and not sell rum anymore (fuck you Mr Lidl). Bacardi is too expensive, so I had to settle with Glen’s.

I once saw a guide on making coconut rum, but I can’t find it. Therefore I’m gonna guess what you’re probably meant to do and hope I don’t fuck it up some how. I mean, it’s just coconuts and rum, how hard can it be? 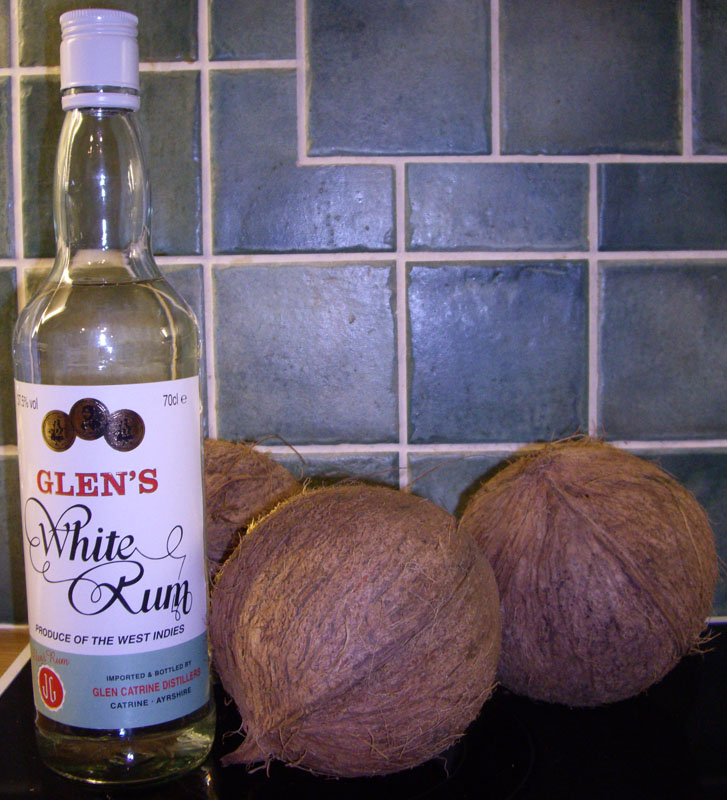 Gather your coconuts and your rum. I don’t know anything about coconuts but I’m assuming they’re all the same. 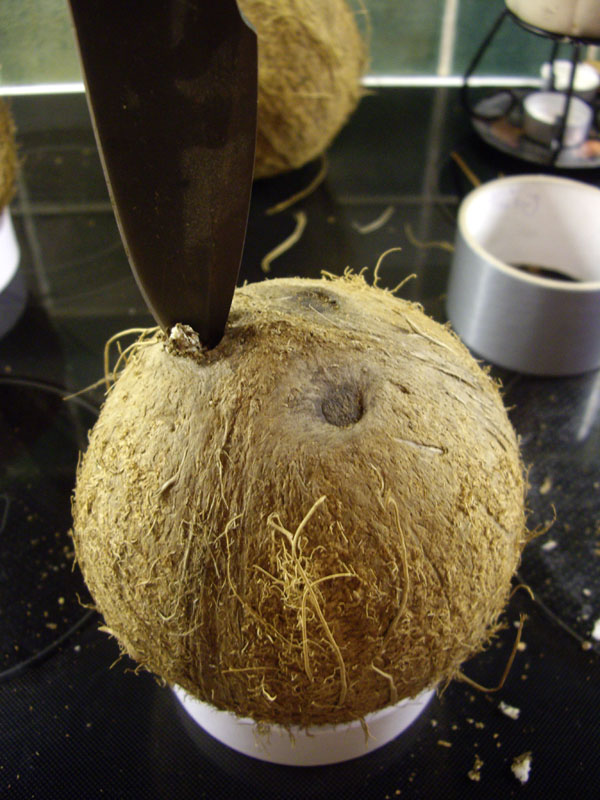 Get your best knife and cram it into one of the black spots and twist it until you’re inside the coconut. One of the spots should be softer than the other two. That’s the one you want to cut into. 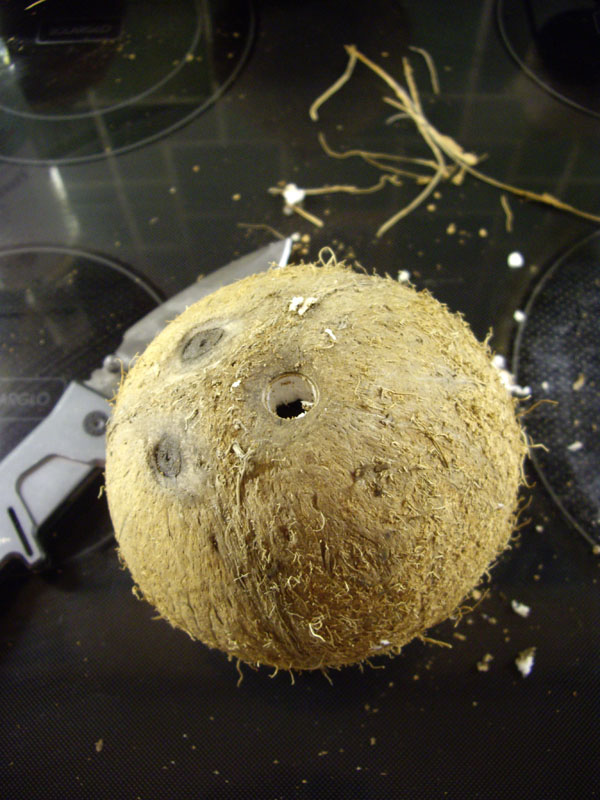 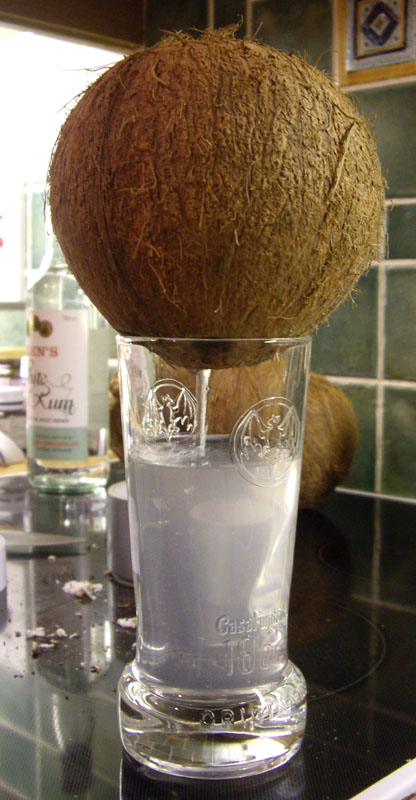 Turn it upside down over a glass and let it drain. I didn’t realise there was so much inside it. Pour some of your rum into the water and make sure you’re pleasantly fucked while doing the next few steps. We’ll be using knives and fire so it’s important to be drunk. 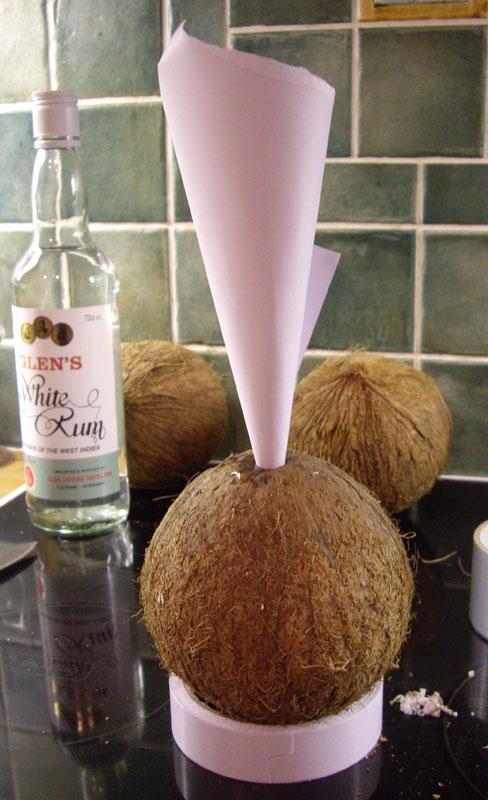 Get some kind of funnel so you can pour the rum inside the coconut. I would have used a plastic funnel if I had one, but I’m quite fond of the taste of paper so I decided to make one instead. 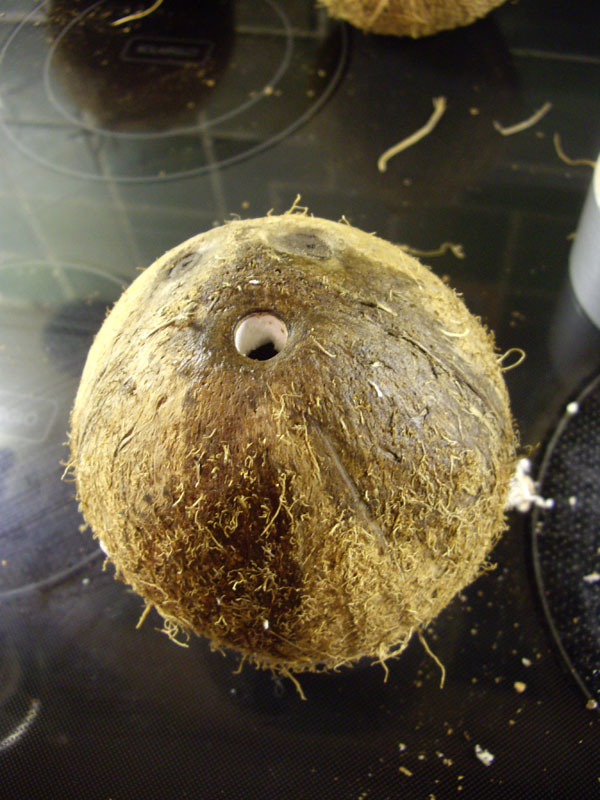 At this point you should remember that paper is shit at containing liquids and will leak rum everywhere. Don’t use paper. 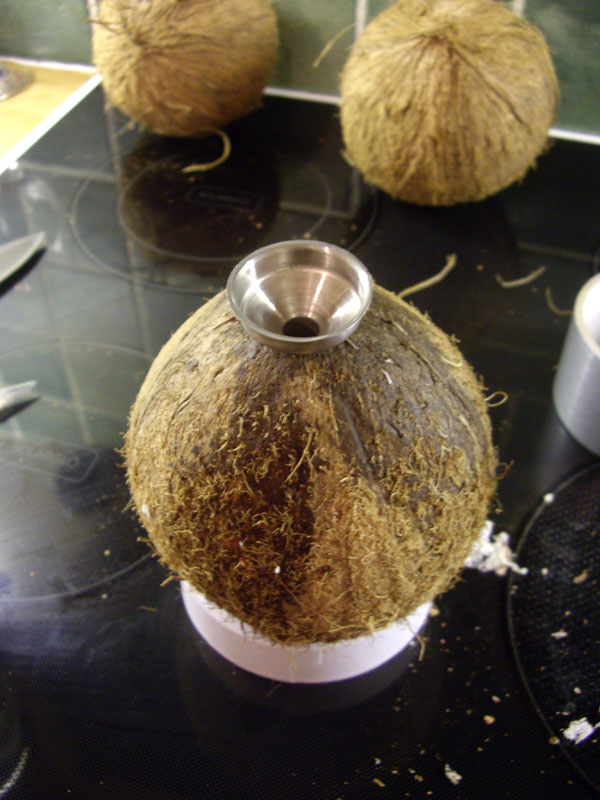 At this point I realised a coconut is just a tropical hip flask, and I actually do have a tiny funnel thing. 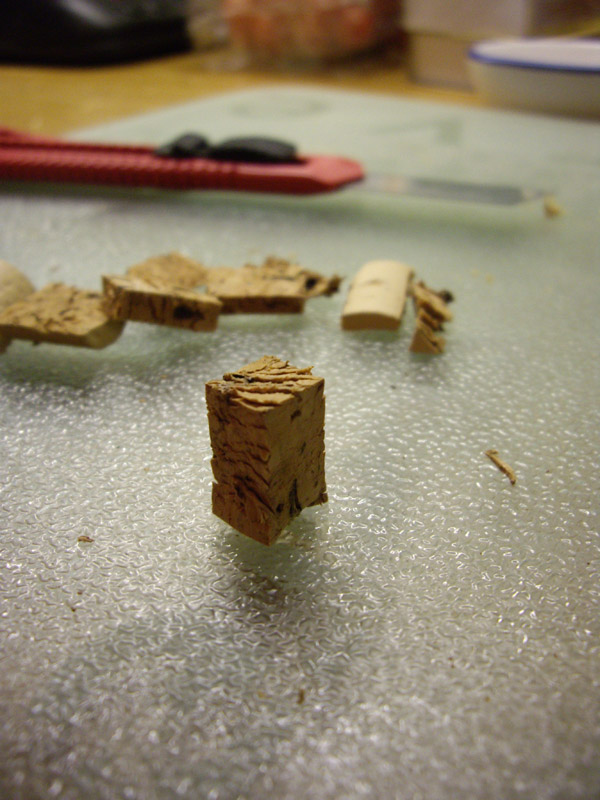 Cut a cork so it’s slightly bigger than the hole in the coconut. We’ll be using this to seal off the coconut. 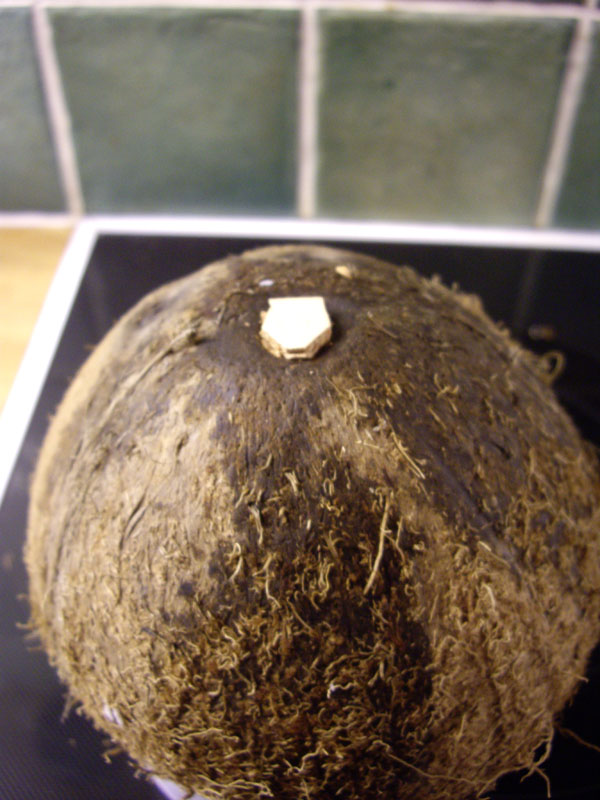 Shove the cork into the hole. 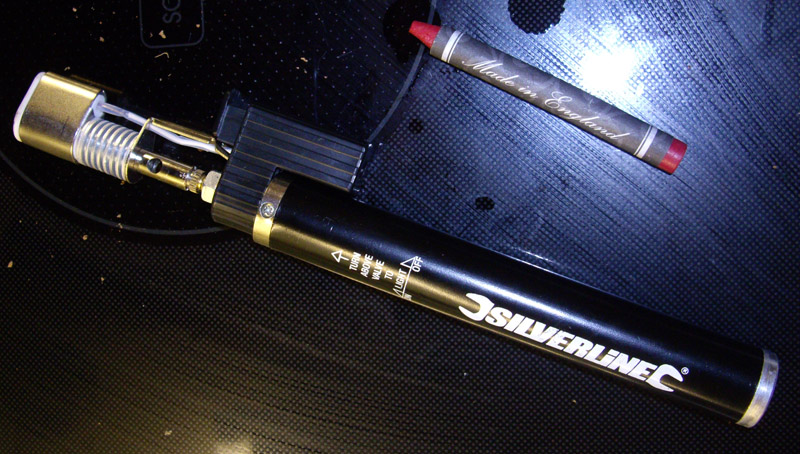 The cork probably isn’t going to be completely airtight so I decided to melt some wax over it to form a seal. For this I used a gas powered soldering iron and a crayon. 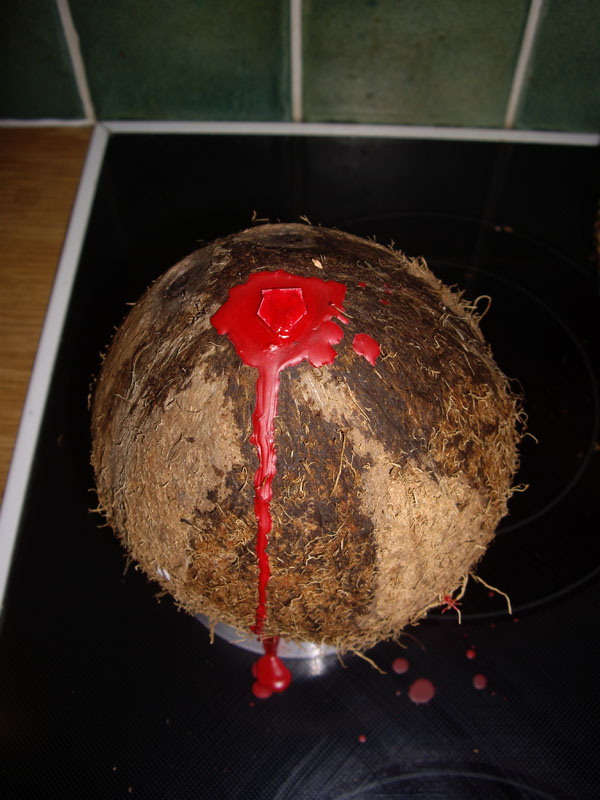 The soldering iron was far too powerful and blasted butane everywhere, blowing boiling hot crayon all over the kitchen and burning the absolute fuck out of my hands, but hey it worked! At this point I realised it would have made more sense to drip a candle over the top instead of blowtorching a crayon indoors.

At this point you’ll want to store the coconut somewhere and leave it for a week or two. Shake it once a day to make sure everything gets infused properly. Or maybe you’re meant to leave it for months and not shake it at all. Fuck knows!

My original plan was to do a follow up where I tasted the rum and reviewed it. Unfortunately I got absolutely shitfaced one night and raided the rum coconuts and drank the delicious boozy contents. I assume it tasted great. Maybe I’ll try this again sometime in the future…

This entry was posted in DIY Booze. Bookmark the permalink.